- Across the Atlantic ocean

ACROSS THE ATLANTIC OCEAN.

Facts about immigration from Lista. Message from the U.S. President to the Senate in 1901. Gift from Lista to the Norwegian pavilion at the World Fair, New York in 1940 and handed over by his highness Crownprince Olav to the Norwegian museum in Decorah, Iowa.

"LISTER" FISHING VESSELS IN THE USA?

From lists from Ellis island it is registrated that there were boat-builders among the immigrants, who started building Lister boats after they arrived in the USA, but we have not been able to document this as a fact. We are however, seeking information regarding this!

HERRINGS FROM THE COAST OF LISTA.

The record herring catch outside Lista between 1824 and 1838 became a booster to local businesses affiliated to the fishing and shipping industry. It increased inquiresof fishing and freight vessels as well as boat building. Farsund'smaritime

business had reached it's peek, and the herring export from Flekkefjord was now the largest in Norway. In between these cities was the Lista coastline and peninsula, where most of the fishing activities were found.

In 1838, fishing for herring declined and the following year it was at a full stop. At the same time, a small pox epidemic broke out and many died. The lack of food and work lead to hunger and disparity. When in addition, the local potato farmers had a bad crop during 1845 and 1846, it was badly felt by Lista residents.

In 1848, the first immigrants from Farsund left for USA with briggadere

"Hercules". Following years, several merchant ships from Farsund, participated in the emigration exodus to the USA.

The history repeats itself around 1890. After 30 golden years with massive

mackrell-fishing, export to England and great activity within the boat building, the fish disappeared...It is now the immigration from Lista to the USA took a drastic boom....Most emigrants traveling from Norway to the USA during this period would be young, single men with work title as a ships deck hand, rigger, bosun, seamen or mate.

THE MESSAGE FROM THE PRESIDENT OF THE UNITED STATES TO THE SENATE.

trade fair was held. In his report you will find that both the "the Lister

Skøite" and "the Lister fishing boat" is mentioned. Documents from the U.S.

Government Printing Office shows an in depth description of the "Lister"

boat and its fishing equipment which was used during fishing, as well as

detailed drawings of an open Lister boat.. The report was sent to the US

senate by then president Theodore Roosevelt in 1901.

In November 1938, the Norwegian Museum Association's board contacted Lista

majesty crown princess Mærtha's visit to the US the following year. It was

Tjørve's firm offered to make the model. The model was  exhibited at the

to be presented to their Royal Highnesses who brought it along to USA.

Early last November, the board of Lista Museum was asked by the Norwegian

Lista Museum replied with an offer to build a replica of the Liste-boat,

The original vessel had made great news through out Norway, specially after

well as silver and bronze medal during the boat show in Bergen.

In addition, the Lista Museum advised that Mr. Eilert Sundt had authored a

book about the "Listerboat", it's designer and distinct features, almost

like his presentation in the Folkevennen in 1865. In addition, the artist

Hans Gude produced one of his most famous water colors paintings, using a

couple of Lister-skøyter as the motive from the Breknestranda. (This

painting was reproduced about 32 years ago by W.C.Fabritius & Sons Inc., as

an inclusion to the " Christmas in Norway ")

Lista Museums offer was welcomed with great appreciation by the Norwegian

Most of the work however, was done by Mr. Nils Tjørve, who is also a great

through tomorrow morning. Tomorrow afternoon it will be shipped to his royal

highness the Crown Prince, who will bring it along to USA and present it to

the Norwegian Museum in Decorah as a regional "Viking ship" from Lista.

Supreme Court lawyer, Mr. Slevedal has informed that he is interested in

reproduction of Hans Gudes painting of the Brekne stranda from Fabritius &

Sons. He is also looking for more information of the Listerbåt's and

BORHAUG is a village on the seashore at westernLista, about 2 km from LISTA FYR (lighthouse). 150 years ago, boat builders started building LISTER BOATS for local pilots and fishermen in the harbor. Later bigger LISTER SKOITEs were built for freight traffic and fishery. The boat types from Lista became legendary, and wrote fishery history all along the Norwegian coast.

Go on board an old Listerskoite and get to know her story. Explore Lista’s proud boat building traditions. Learn about the old freighters. See the cool engines. An exhibition of items found in ship wrecks tells the story of the dangerous Lista shores. Visit “Uggerbyskipet”, built in Norway in 1810, wrecked in Denmark in 1854. Dug up from the sand and brought to Listeskøyta Kystkultursenter. Study the open boat that helped four men escape to Scotland in during WW2. 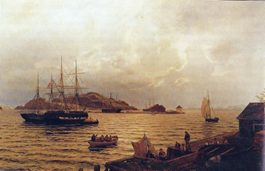 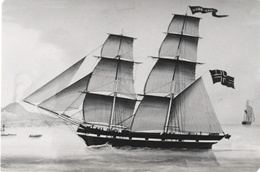 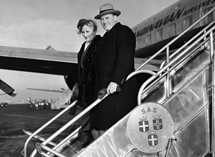 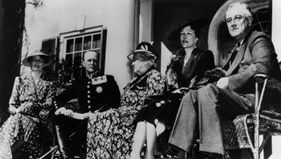